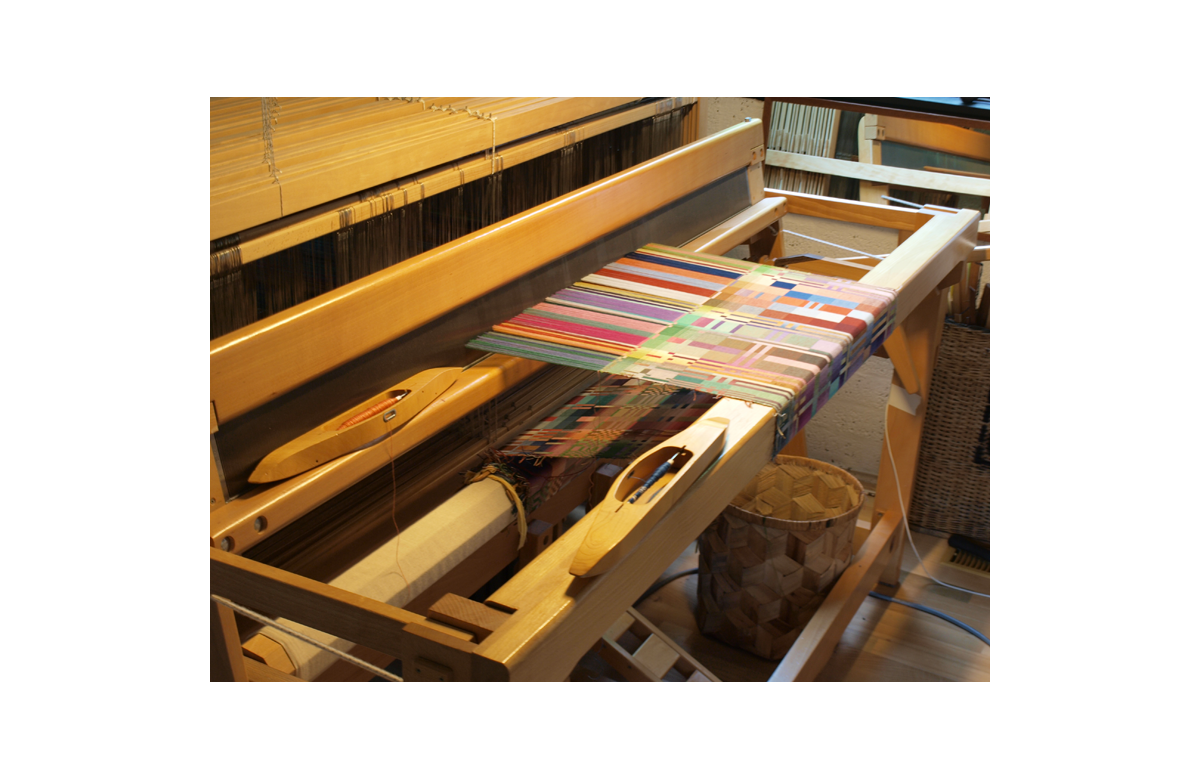 After her graduation in construction engineering Marina became involved in ‘billedvev’ in Oslo, Norway, in 1970. She followed a four-shaft weaving course in Rotterdam (1979), and graduated from the “Open Weaving” tuition by Marijke Dekkers in Gouda, the Netherlands, in 1992.

Rhythms and systems fascinate her as do colour transitions and contrasts. She interactively uses the computer to aid her designs. The choice of colours and contrasts in rectangular figures result in a three-dimensional impression. Technically this is realized by applying several layers, which are woven on her 24-shaft loom. Apart from the multilayer weaving Marina has made woven three-dimensional objects.

Since 1990 she had several exhibitions. In 1995 she received the second prize of the magazine ‘Textile Plus’, and in 1995 she was chosen among the top 70 International artists to have their work exhibited on the occasion of Art 95 at Gallery Art 54, Soho, New York (US).