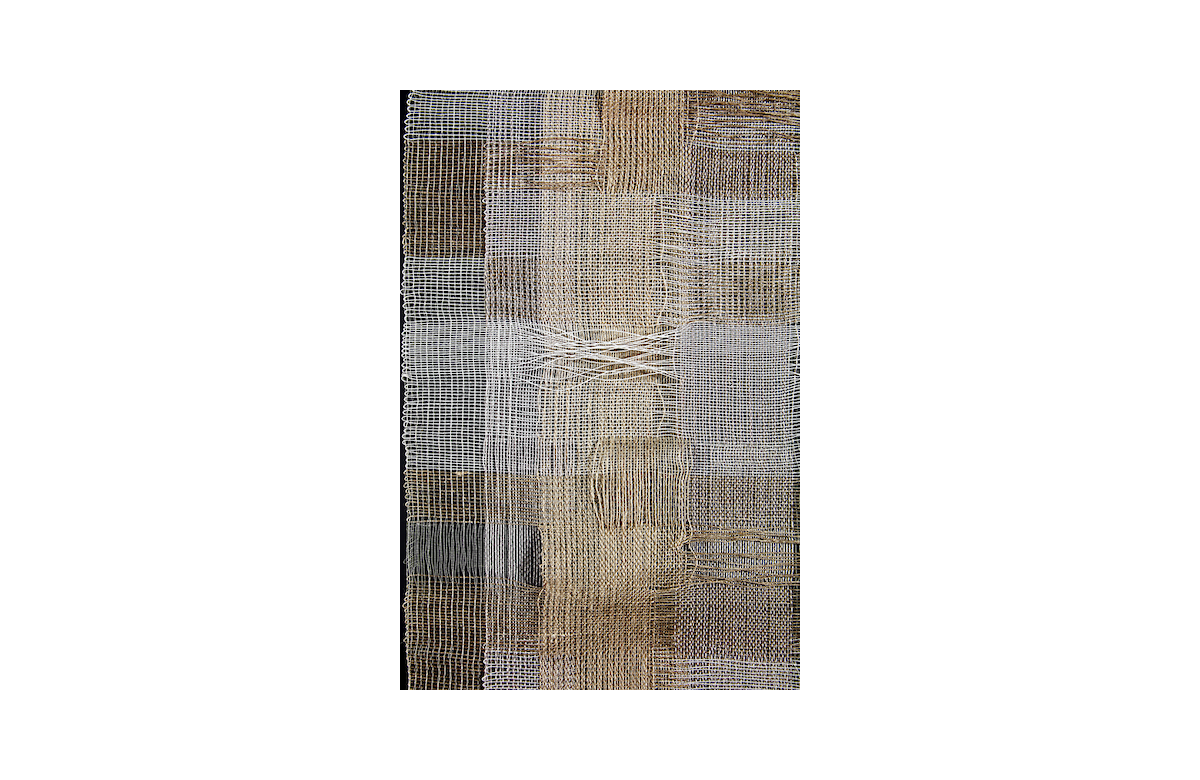 My practice is rooted in material exploration. Each piece of work begins with the material at the forefront of my decision-making process. I combine yarns of differing properties on the loom, each working against each other, as a means of highlighting the contrast between the two.
My current work combined linen and silk; the stretch of the silk highlighting the rigidity of linen. The resulting cloth has a 3-dimensional quality that would not be there if both yarns were the same.
I think of a loom as a means of weaving layers of cloth, rather than one flat surface. My practice usually consists of at least two warps woven simultaneously, often lifting sections of each layer independent of the others.