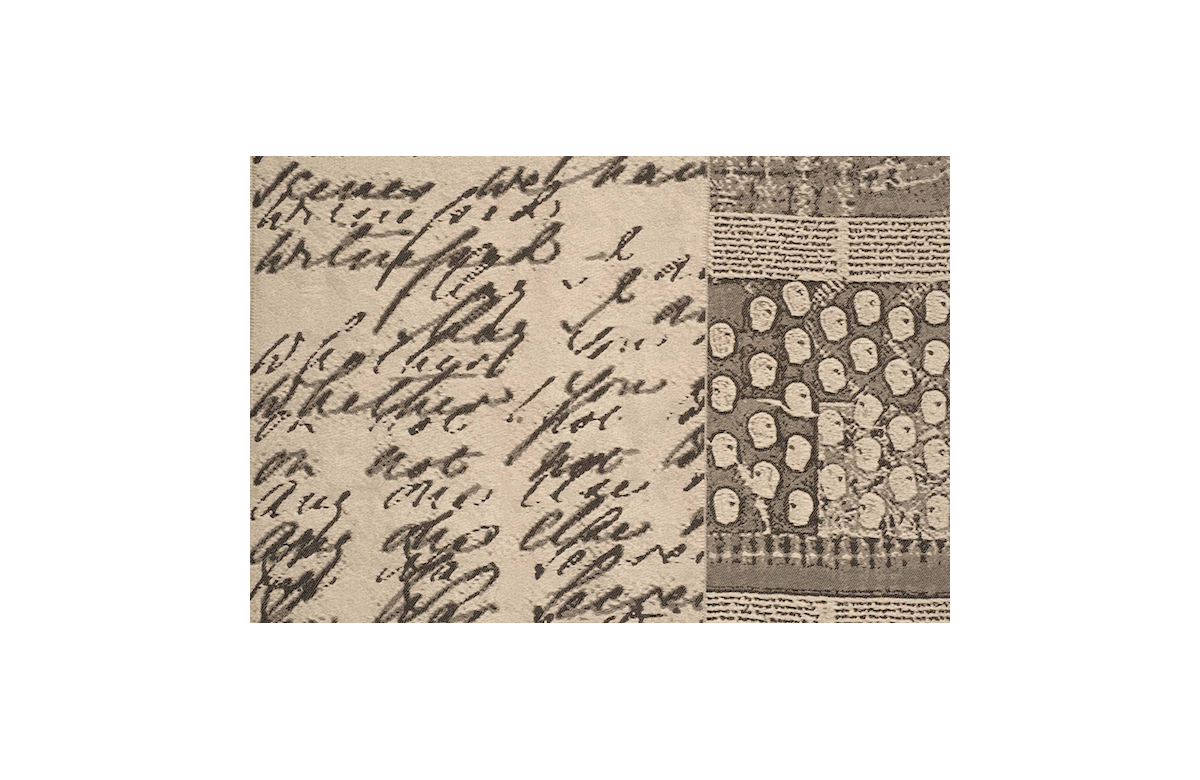 The Jacquard attachment to the weaving loom was introduced at the beginning of the 19th century.  Previously, elaborately figured textiles were woven on a drawloom.   That loom was operated with cords by which the warp threads, arranged in groups required by the pattern were raised and lowered by a young boy sitting on top of the loom.  In 1801 Joseph Marie Jacquard (1752 - 1834) invented a device that efficiently operated the drawloom with punched cards attached to the top of the loom instead of drawboys.  A corollary might be the old player piano rolls or the early computer cards with their punched holes.   All professional weavers and mills have benefited from this extraordinary technological advancement.  Today, some  Jacquard looms have been updated with computerized versions of the original attachment.  A computer program replaces the cut and laced cards.  Changes are made in the program to vary the pattern as well as the workings of the loom.   This most recent adaptation allows the artist/designer great freedom in evolving images and structures.